L.A. vs Sydney for Film Actors: an African-American Perspective

When you know what you want, you want to be where it’s at. If you want to be in theatre, you move to New York; if you dream of being in fashion, you find your way to Rome, Milan or Paris-- and if you want to be in film, Hollywood is where you want to be. So when I moved from L.A. to Sydney three and a half years ago, I knew that I was probably doing things a little backwards-- but I fell in love, and love is the best reason to do anything. I knew that living in Australia would be different, and that it would present its own unique challenges for my career, but there was still much I hadn’t been prepared for.

I often get asked what the main difference is between the film industry in LA and in Sydney, and the short answer is: a whole lot. Below are just some examples of the differences I have experienced: 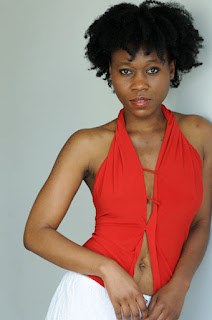 Seasons have changed; I am now a wife, and a new mom in a country I am getting to know better, and I love the new roles I have been given-- it’s given me a new lens through which I see the  world and how I see myself in it. It has also added a new layer and texture to the way I tell stories and interpret my characters. I believe that is the magic in acting; like life, you take what you are given, what you are blessed with and you weave it into the tapestry of the stories you tell.

A lot of film hopefuls worldwide see Hollywood as the mecca for their dreams, but that mindset is changing rapidly with technology and globalisation (as is evidenced by the casting of Israeli-based Gal Gadot as Wonder Woman). I have discovered that I am where I am supposed to be. I believe the Australian audience is ready for more diversity; people want to see characters that look like them on the big and small screen; they want to be able to identify with them. The change in the way people consume media now means content from anywhere in the world can succeed internationally. There are so many stories to tell and the great thing is that there are colorful voices willing to tell the tales, all they need is the chance-- and that is where I come in, that is why I am here.