Like Toronto, Berlin, Chicago, and Paris-- Sydney is a smaller industry market than LA and NYC. The most common question I get asked as an actor who was once based in NYC and is now based in Sydney, is 'Do you think it's easier to make it as an actor in Australia than it is in the US?' And my answer is: proportionally, I think it's pretty much the same. As in any smaller market, there are fewer opportunities, but there is less competition too-- they tend to cancel each other out. 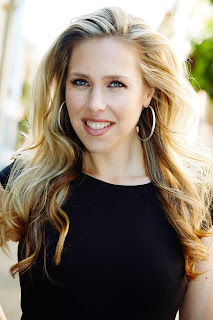 The second most common question I get asked as an actor born with US/Australian dual-citizenship (apart from the only half-kidding 'Will you marry me?'s), is 'Why on Earth don't you move to LA?' There is a seemingly unmovable belief here in Australia that anyone worth anything should move overseas if they possibly can. I kind of feel the opposite way. I think everyone would live in Australia if they possibly could have a successful career while doing it (Cate Blanchette, Nicole Kidman, Hugh Jackman being just a few examples of successful actors who have chosen to keep Australia as their home-base).

There are lots of reasons for an actor to live here, not least of which is quality of life and comparative financial security. Sure, beautiful weather, the beach, stunning landscape, clean air, incredible healthy food, and public medical coverage don't directly affect your success as an actor, but they do indirectly. They affect your physical health and longevity, your mental health, your ability to invest money in your business (your career), your ability to invest time in your craft, your ability to look young and attractive, your emotional and social support systems, your satisfaction with your career choice and your ability to achieve work-life harmony. For me, it also means a great quality of life for my children, living in a house I love and being near to my family. These things make me better at my job. I am undaunted by general mutterings about the dismal financial state of 'Australian' films lately, because I embrace co-productions and international collaborations-- and let me tell you, there are a lot of them filming in Sydney. And apparently, the most successful independent film ever made-- Crocodile Dundee-- was an Australian-American co-production.

Along with many actors who live here, for a long time I bought into the self-limiting belief that I cannot have this quality of life and a truly successful career in acting, simply because I was limited by a small industry and geography. And then I took an LA-based online business course for actors (The Dallas Travers Breakthrough Course), and it truly opened my eyes to how technology has changed the business. YouTube, Vimeo, Google Drive, Skype, and Social Media platforms are all revolutionizing accessibility, and are already in prevalent use in the U.S. And then a Canadian colleague living in Sydney booked the lead in a big Hollywood movie through Skype auditions. Another Australian colleague of mine living in Sydney booked a big Canadian film by self-taping. Yet another booked a beautiful Indian co-production through Skype. And finally I realized the only limitations were the ones I was putting on myself. I was not reaching out and making contacts outside of my market, I was not considering roles outside of my geographical area. I decided they would not fly me out and never gave them a chance. I was stopping me, not geography.

Now, I am on a mission to dissolve geographical limitations. I am building a global empire where geography is not an obstacle.  I can self-tape, Skype, call, and hop on a plane if it's worth it. Starting this blog with other actors from around the world who wish to do the same is part of my journey. Come on the journey with us-- join the revolution:-)