I moved to Berlin three years ago in the middle of a freezing winter. In recent years global warming has made the winters here more bearable but when I arrived it was minus 20° celsius (-4°F) and the city struck me as unbelievably ugly.

Before that I had lived in Vienna, Paris, Byron Bay, New York and Los Angeles - all places known for either their beauty or their great weather. The German capital had neither. The usual reasons people move to Berlin are to be unemployed, to party or to “find themselves”. They want to flee, but I wanted to arrive. I moved to Berlin for one reason and one reason only: Work. 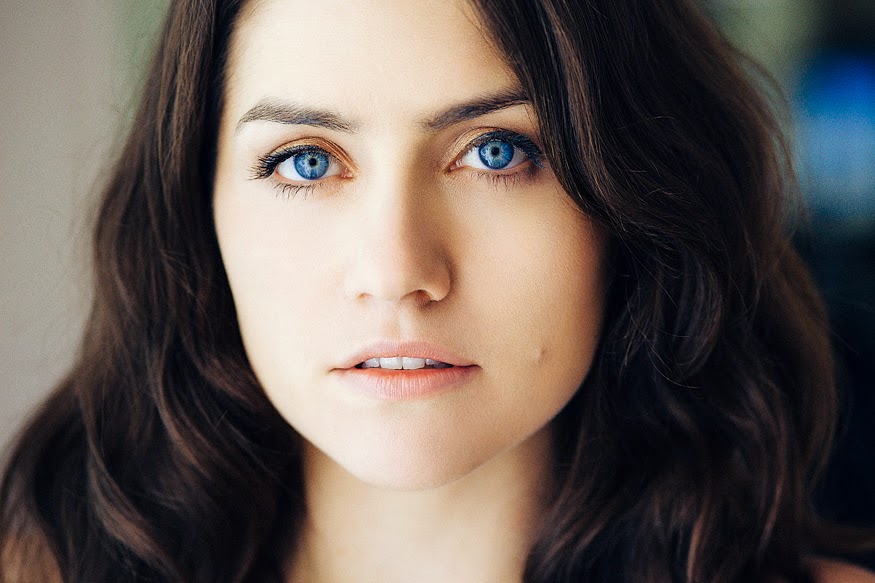 I am originally from Vienna, the charming capital of Austria (that tiny country underneath Germany that brought you geniuses such as Freud and Mozart), and I have spent years trying out cities and lives like gloves. Moving, learning, collecting-- but ultimately not building anything. In between my international adventures (which usually also featured some torrid love story) I always came back to Vienna to regroup, only to take off again. I had to get somewhere and not just leave constantly. After making ‘experiences' and ‘adventures' my top priority in my early 20s, my mid 20s adventure was to not only live off the promise of potential, but to finally put in the hard work that potential requires.

Vienna is a very small market. The film business is incestuous in general, but in such a little country you feel it even more, so I had to go somewhere with more breathing space. I was torn between London and Berlin, due to being an English/German native speaker. The States was out of the question because even though I've got the heavy Yankee accent and the American dental hygiene, my convoluted upbringing only provided me with an European passport. London is expensive and being a German speaker is not an important unique selling point there, whereas being an English speaker in Berlin can be. Thus Berlin was the winner. And it still is.

I took the risk to start a new life. Not just for a few months, and not just with what fits in one suitcase. I bought furniture, signed a lease. I had to grow up in order to grow in the other areas of my life.

It took me a while to adjust to the city's rough charm, the unsettling cadence of the local dialect, the loooong distances (Berlin is eight times the size of Paris albeit only having 3.5 million inhabitants), the transient nature of the people, the dirt, the weather etc. but today I can honestly say I love living in Berlin and despite all the craziness, I have never been as focused or successful in my life and my career. Despite Berlin “not being Germany”, I have become much more German - organized, diligent, punctual, responsible, tidy and routined - all things which I have come to find are indispensable for a successful acting career.

Berlin offered me the opportunity to find my own rhythm and fully focus on my work - one can still survive on €1000 per month in Berlin-- sure it is getting more expensive, but it is still incomparable to any other city I have lived in before. That means that my basic living costs are comparatively low, I can take risks in my career whilst having a great quality of life that includes organic food, running along the river behind my building, doing karate twice a week, eating out, opera, theater, cinema and so forth. Plus people are more relaxed, alternative lifestyles and life paths are much more common, which makes being an artist that much easier.

This business is not easy anywhere, but the open- minded playing field in Berlin gives room to smaller productions and artists coming together and trying things out. I have been lucky to have English as one of my unique selling points and playing “the American girl" has been my main source of income. Having said that, I have American friends who have a hard time finding enough work, so I have also been lucky. And driven. I have also not only focused on Germany. This past September I played my first lead in a feature film shot in Italy - playing an American girl studying in Italy. And I have not relied on my agent for finding me work, even though that has also happened. I’m always on top of casting notices from casting-network.de, crew-united.de, encast.eu etc. Online auditions have become the norm for many international and national first round auditions and I have built a network of people who help me film them because the quality required is having to be better and better. I am lucky to love all parts of my job-- from being on set, working on characters, reading scripts, social media (Instagram: katharinasporrer) and networking-- which so many people loath (I have met some of the most wonderful people in this business!),  to watching a lot of films, going to festivals, researching, emailing, auditioning, taking classes, events etc. etc. My income is a mosaic of different acting jobs - I do children’s theater about twice a month, a voice over job or a commercial here and there and recently, yet another lead in an independent romantic comedy shot in Berlin. I still make the most money from commercial work but the 'serious' acting work is growing; and I enjoy each step.

There may be different ways to become a working actor but I know of only one: make it your number one priority and have your actions match your words. This is especially true in your 20s, when having a family and all the rest is not a pressing issue.

I was not enamored with Berlin, I was in love with Paris. Berlin was a marriage-of-convenience, while Paris was my passion. And I still go to France twice a year to smell the croissants, drink the wine, soak up the beauty, see the people I love and admire the handsome strangers. But I wanted more than passion, I wanted to build something solid with longevity. And who can do solid better than the Germans? The passion I bring wherever I go.