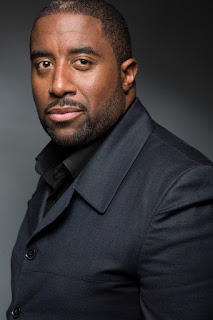 Building My Foundation In The Land Of The Morning Calm

Eight and a half years ago, I was taking acting classes and working for the University of Phoenix as a recruiter in Tampa, Florida (USA).  During my orientation, they sat us all down and asked us to introduce ourselves with our names and something unique about us.  One of the young recruiters said her name and that she had taught English in Turkey.  I thought to myself, “how interesting that would be to teach English overseas.” (I know this is an actor’s blog but bear with me.) After about a year at Phoenix (and realizing I wasn’t great at sales), I started looking at other options.

I was home one day reading a book called Think & Grow Rich.  In this book was a poem and it went like this:

“I bargained with Life for a penny,
And Life would pay no more
However I begged at evening
When I counted my scanty store;

For Life is just an employer,
He gives you what you ask,
But once you have set the wages,
Why, you must bear the task.

I worked for a menial's hire,
Only to learn, dismayed,
That any wage I had asked of Life,
Life would have willingly paid.”

I busted into tears and asked myself, “Kahlid, what do you want?”  I answered, “I want to be an actor.” “Do you want anything else?”  I said, “I want to live abroad.”

Immediately, I called that recruiter and started asking questions about Turkey. I realized that country had options, but not the best.  I went online and began inquiring about teaching English overseas, and South Korea, with its great contracts, excellent benefits and low cost of living, rose to the top. So there I was looking out the window of Atlanta International Airport at the biggest flying tank I had ever seen.  I was carrying my jacket, a small bag, and stomach full of the most active butterflies.  Before that moment, the only other country I had been to was the British Virgin Islands.  It hit me like a ton of bricks that I was going to be in a whole new world within the next 16 hours.

Once I landed in Korea, I used my passport for the second time in my life, found my group of fellow English teachers, went through teacher orientation, and was assigned to my first Korean Elementary School. I figured I was set.  "I’ll do one year of living abroad, and that will be it", I thought.  Fate had other plans.  I went out partying one night and met a young lady who is now one of my closest friends.  I let her know I was an actor and found out that she was too.  It was this young lady who recommended I put my headshot and resume on Craigslist to see what happens.  I looked at her in disbelief but made the post anyway, not expecting anything at all. 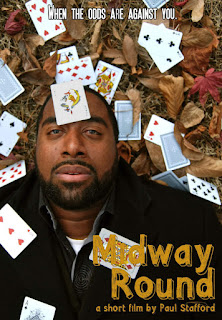 A young British film director and his girlfriend saw my post and asked me to be in my first short film.  I WAS ECSTATIC!  I emailed my four sisters, posted on Facebook and told every person I knew that I was going to be doing my first film.  A terrific experience, a wonderful director, a great short film, and the beginning of what is now my acting career.   I left my headshot and resume on Craigslist and phone calls started coming in.  It was literally a snowball effect.  However, I still had major issues back then, as I didn’t have the proper visa or the best flexibility in my schedule (I was a full time English teacher after all).  Regretfully, I didn’t get any paid roles because of this.  That same director asked me to come back and do another short film, but apart from that, I thought very little of what Korea could do for me.

A month before I was to leave Korea, a friend called and asked if I would be interested in being in a Korean feature film.  The production company was seeking foreigners for a scene which involved a political round table of global politicians.  Once again, I was on cloud nine.  Not only did I get to be in the film but I received lines and I got paid. (Hey, I was a month from leaving Korea what did I care of visa or schedules, I was going to be in a movie!) I played the American Representative in the movie Super Monkey Returns.  Before leaving, I had three credits to my name, not including everything I did at university in the U.S., and felt ready to tackle the world of acting as a career.  It was February 2010, my year in Korea was up, and I had a mission. 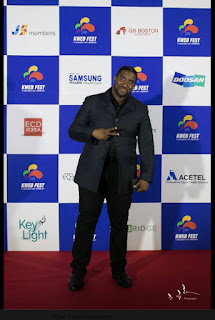 But life is truly stranger than fiction, because the American recession was now in full swing, and when I got back to America it was hard enough to find a job much less an acting job.  I found work at a photo factory and one day while packing the 1000th photo in its respected courier box I had an epiphany:  “Why stay in America working at a factory when I can go back to Korea and live the dream?” So I told my family I was moving back to Korea, got all my paperwork together again, signed a new contract with my old English teaching company, gave my two weeks’ notice, and I was gone.  Now here’s the best part: two days before teacher orientation was over, I got a phone call from another British director saying that he met me a year ago at the first "48Hour Film Project" in Korea, and would I be interested in auditioning for his film.  I knew that I had made the right choice to return, but that phone call solidified everything for me. I auditioned, didn’t get the role, but I got another role, and my acting career in Korea was off to a great start.
My first week back in Itaewon, just a few days before shooting with that British director, I learned that a Korean-American couple had started their own independent production company called Side Project Productions.  Through this production company I met two other American directors: one that had just wrapped his independent feature Fear Eats The Seoul, the other who started a monthly film-critique meet-up for up and coming filmmakers, called "The Seoul Filmmakers Workshop." My gift of the gab was in full swing.  I was networking my way into short films and independent features.
However, I began to realize some things very quickly. First, I didn’t understand the business of acting.  Second, there were no English speaking acting workshops available at that time. Third, I was in desperate need of stepping up my game if I wanted to get the attention of the Koreans. Fourth, being an actor in Korea was terrific, but if I couldn’t figure a way to incorporate my work overseas for the American industry, then it would pretty much be a moot point. 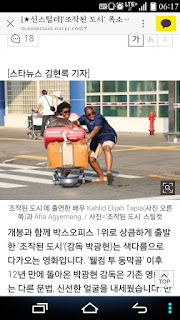 So I bought the book Acting: Make It Your Business by Paul Russel, and started learning the business of acting.  After having been recommended another great book, The Power of the Actor, I found out that the author, Ivanna Chubbuck, traveled overseas quite often and attended two of her workshops in the Philippines and Japan. I started learning Korean and although I wasn’t fluent (and still am not), I spoke enough to get the attention of my first talent agent.  Lastly, I paid to have a website built, and started paying very close attention to how strategies in America can be utilized overseas. I read books, lost weight, read more books, changed the way I dressed, received career consultations, applied for auditions daily on Craigslist and any other site I could find, networked at Korean film festivals, traveled for actor training and took a few online acting classes. In other words, the realization of what a working actor is started to sink in.  Taking action became crucial because as an expat actor you can’t sit and wait.  Now I know what you’re thinking, “What about the visa and schedule issue?”  “Were you still an English teacher?”   I’ve been an English teacher for the full 8 years I’ve been in Korea.  I found a legal loophole.  As long as I have a permission letter from my visa sponsor stating that I can do ANY & ALL additional work, I was good to go.  That letter opened doors.

However, my career took its most amazing turn when I realized that I had a niche, but needed a way to promote that niche, and #TheSeoulBrotha Blog was born!  (Yes, a typical play on words but catchy none the less).  In addition, I invested in "The Actor’s Business Blueprint" by Dallas Travers and began to understand the value of giving of myself and taking full control of my career.  As my creativity started to develop I realized that expat actors needed something to invest in and that’s when I created "The Actor’s Guide To Overseas Success":  A 15 page PDF of strategies I have used or wished I had used to propel myself forward in an overseas industry.

Today as I type this post, I’m eight and a half years as a working actor in South Korea. I’m down to my final month before I head to Thailand to train in Muay Thai.  I look back through my 35 IMDb credits, 3 awards, 2 years of blogging and my plethora memories in an overseas film industry and I think to myself, “I wouldn’t trade any of it”.  I wouldn’t trade being on set for 22 hours and only being in front of the camera for 2.  I wouldn’t trade freezing on a bus because there was no heater and no green room to do my first TV spot. I wouldn’t trade working 9 to 5 Mon-Fri as an English teacher and then 8a.m. to 10 p.m. on the weekends for my first independent film.  I wouldn’t trade being so busy with my career that sometimes I had to remind myself that I needed a life outside of acting.
I walk away from Korea with a solid foundation of film, television, and stage credits.  I walk away with ATL-wood and Hollywood in my sights. I walk away knowing that I did what I said I was going to do all those years ago in that photo factory.   I came to Korea and made mistakes and will make plenty more.  I came to Korea and I blossomed where I was planted. I came to Korea and I lived the dream. 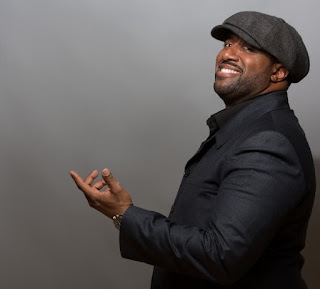