HOW BEING A PARENT COULD ACTUALLY HELP YOUR ACTING CAREER

I am the mother of a gorgeous, infuriatingly disarming, four-year-old boy. What does this have to do with my being an actor and expanding my international reach? You may be surprised to learn, as I was, a whole lot. 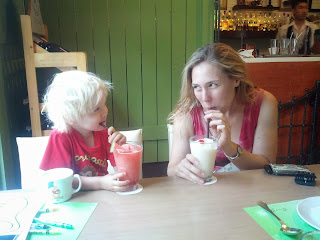 Like many before me, I held a powerful, self-limiting belief that having a baby would spell the end of my acting career. That, at worst, I would become instantly unmarketable (“unf*ckable” to quote Amy Schumer’s hilariously painful sketch), and at best, it would irreparably delay my momentum, using up the precious “prime” years I had left to “make it.” Even now, as I consider a second child, I feel those same limiting beliefs creeping up on me. But this time I have experience and evidence with which to battle the demons. In absolute Truth, my post-baby career is thriving as never before.

Craft
Yes: I am a better actor than I was before I had a child. Because I have experienced a kind of love I hadn’t before, and a kind of pain I hadn’t before. Because I have been pushed further than anyone else in the world could ever push me and because I have something infinitely more precious than myself to lose. Because my child, like all children, can outstrip Streep at authentically and clearly communicating five different emotions in one expression and fifteen different expressions in the space of a minute. His vocal range rivals the genius of Robin Williams, and he’s mine to study for hours at a time. Furthermore, I am not able to indulge in the emotional recklessness of my young career and instead must get very, very good at technique, and at being able to quickly pick up and leave behind my work-- a real advantage in this industry. 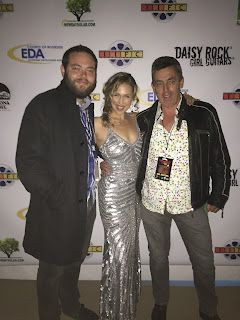 You know those all-important networking events where you need to find instant commonality with a total stranger and say interesting things about yourself that don’t have to do with being an actor? Or at an audition? Well, talking about being a parent has opened up innumerable conversations and solidified relationships with an unending list of industry people-- agents, directors, artistic directors, casting directors and other creatives-- in a way I never imagined possible. Being a parent is something people of all cultures and backgrounds can relate to, understand and connect with universally. We all want the best for our kids, and we all struggle with balance. Believe it or not, ‘talking kids’ is actually my most common point of reference in building business relationships these days, especially in new and overseas markets where we don’t know each other well: the bond is immediate, and the understanding of me as a responsible, reliable, serious professional (assumed because I am a parent) is too. So much safer and easier than talking politics and more joyful, personally compelling and socially acceptable than just about any other topic!

It’s also been a salient angle for media articles (of which I have written and been interviewed for many), and even a Los Angeles talk show (remember, I’m in Australia), with the angle of juggling motherhood and my latest movie. Incidentally, I also met one of my collaborators for this blog by connecting with her on this very topic, among others.

Facebook, Twitter, Instagram and the like are simply rife with “mommy” and parenting photos, bios, articles, questions topics, and so on. Again, the opportunities for expanding your audience and authentically connecting with another human being on this level are limitless.

Job Opportunities
I have met and connected with industry people at playgroups, playgrounds, kids birthday parties and kids activities I would not have been at if I didn’t have a kid. These chance meetings have led to people seeing my work and offering me work, when they wouldn’t have otherwise. There is a lack of defensiveness on both sides, as you are clearly present for reasons other than to accost a director with overtures for a part in their next film-- and I can connect, for the most part, without fear of any underlying romantic intention or shadiness; the agenda is clearly business, mutual support and community.

Sometimes the very thing you think is holding you back is the thing that makes you perfect for a role. My latest film, an Italian co-production filming in Milan, I reckon I got because I have a son. When I was interviewing with the producer in Australia, competing with other actresses he had narrowed down globally, he asked me whether people wonder what else I do when I’m not acting. I said, “Well I don’t really get asked that, because I have a young son, so they generally know what I’m doing!” It hadn’t come up in the conversation yet, and I saw a look on the producer’s face that I didn’t know what it meant at the time. This producer was a man and not a parent, and I feared the worst in terms of his preconceptions about my availability. In hindsight, I know that’s when something clicked in his head and he decided there was no-one else for the part (a character who also has a young son-- but I didn’t know that at the time). Having a son wasn’t the only reason I got the part, but I believe it was a cincher that meant my employers knew I would understand the intricacies of the character in a way others may not. 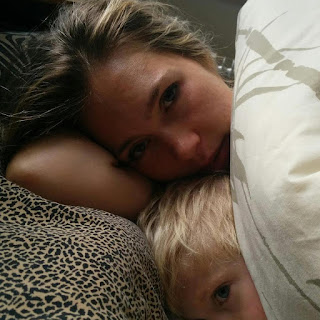 Clarity of Mission and Objectives, Efficiency
Dr. Michelle Vaughn wrote, “If you can birth a baby, you can birth your dream” and I see what she means. I have faced many of my fears and as a result I am more fearless than ever. Humiliation, and even failure are no longer so scary. On the other hand, I am more driven and more efficient at my work because I have to be. I have made friends with time management, being a business woman, setting boundaries and focusing my goals. To quote another actor mum I know: “Your children become the driving force behind your achievement and your willingness to go further.” I understood both my body and what I stand for in a whole new way-- and as a result, my objectives, the kind of work I want to do, and the kind of people I want to work with. 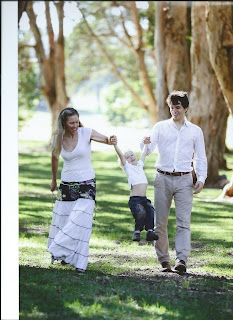 Life and Mental Balance
The personas of mum and actress can at times be virtually unrecognizable to each other, even for me. One minute I’m having my hair and makeup done by others, my wardrobe chosen, a camera in my face and living in a pretend-world where I’m single and vicious and promiscuous-- the next minute I’m literally wiping another person’s rear end, bored to insanity with the monotony and repetition of laundry, dishes, cleaning, nappies, cooking the kind of meals a toddler will eat and singing the same songs over and over. And over. Yet, they are both an essential part of my core being. They each create a need for the other in my life and psyche and I like to think they keep me balanced. A need to escape the mundane with glamour, and a longing for grounding and appreciation of the simplest things, like your child’s laughter. Once, when I had to bring my son to an audition when he was nine months old, he applauded me when I was done-- gosh, did that give me a new perspective and sense of validation no audition or director ever could!

Don’t get me wrong, I’m not pretending it’s all roses and sunshine-- juggling my son’s care is a never-ending quest (I would be remiss not to mention my partner's incredible support in this area), and the temptation to slip into the land of “acting as a hobby” is sometimes great. Raising kids on the grease of an oily rag is not the ideal, stable situation and money becomes more important just when you have less time and capacity to earn it, to study your craft and to build those important industry relationships. You will all of a sudden care about things you didn’t before, like setting a good example, privacy and what photos and videos of you get put online. It will take time to figure it all out and you will have dark moments (just as you did before baby), when you think you are crazy for pursuing this life and that you won’t be able to reach your goals (but this time because of your new stretch marks, of course).

I am living proof however, that you do not have to put the rest of your life on permanent hold to be an actor-- and that in fact, your new life experience may be the catalyst you need to make it happen. It opens that precious portal between the personal and the universal-- and for me, that’s what being an actor is about. I would love to hear your own experiences and thoughts on this topic, please comment below! 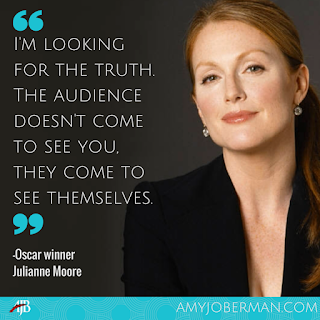