Martin Henderson did it (Bride & Prejudice). Syllvester Stallone and Denise Richards did it together (Kambakkht Ishq). Bollywood director Shekhar Kapur catapulted Cate Blanchette to stardom with Elizabeth. English director Danny Boyle teamed up with Bollywood director Loveleen Tandan to win an Oscar for Slumdog Millionaire. British Brandon Hill and American Gary Richardson have made careers of playing Bollywood bad guys (LA Times). Mexican Barbara Mori, Japanese Chigusa Takaku, French actresses Luchiya Cats and Claudia Cielse, as well as Brazilian models Bruna Abdullah and Giselle Monterio are also scoring Hindi movies (Huffington Post). Bollywood-Hollywood cross-overs, in both directions, are all the rage. Could it be the right direction for you too?


AGG guest-blogger and Bollywood insider, Gerard John, gives foreign actors a Bollywood crash-course and some quick tips for breaking in.

The rich tapestry that is Indian Cinema, now fashionably termed "Bollywood", has been around since the turn of the last century, and has become the largest movie industry on the planet. Its current global reach is well over 500 million people, producing around 1,000 Films per year-- significantly more than the U.S. (LA Times), with annual gross revenues for 2016 estimated to be US$ 4.5 Billion. Each region of India has its own film market and language to which it must cater; not only Bollywood, but also Kolywood (the South Indian Film market), Tollywood (the Telegu Film market), the Bengali Film market, and the Punjabi Film market. These cultural representations of India work together in all their complexities and diversities, taking into consideration over thirteen languages, well over two hundred dialects and an ever-expanding population of over 1.5 billion nationals.

The term "Masala Film" describes the essence of traditional Bollywood Films, which have cemented their stamp of genre and style for decades. Over three hours, the audience gets to see the hero defy his existence, defeat the villains, place him in many different exotic locations, mime to musical numbers (6-12 minimum), and win the heart of the heroine. The mechanics of Bollywood is quite simple really: give the audience an entertainment extravaganza where they can escape their daily rituals of life and put them in a dream like state of surreal possibilities. Sensuality and erotica are strictly forbidden in Indian cinema, so directors use musical numbers in the form of dance and songs to indicate any physical attraction between the main characters. Subject matters cover the diversity of regions, love marriages verses arranged marriages, rags to riches stories, the history of India-- be it the Mughals of North India or the Southern kings and their principalities, and cleverly adapted Hollywood films with an Indian twist-- even Jane Austin has been given a Bollywood makeover or two. If you ventured without songs, sexual tension between the main characters and a serious subject matter, it would have until recently been deemed an "Art Film".


Bollywood over the years has never relied on the Studio system that is prevalent in Hollywood. Apart from one to three major Studios that have existed for a long period of time, the vast majority of film-making in India has come from private investors and theatre owners. Distributors in the many regions and provinces in India were equally part of the financing process where the music, or in this case the songs, in the film are sold to the regions to raise money to help fund the film without shooting dates even being set.  In some cases, the film is never even made, except for the songs from the film being released as video singles you might call "teaser trailers". Larger than life billboards depict films on the streets of India, colourful, vibrant, brash and bold-- but perfectly aligned to bring attention to the film-- and what better way for regional India to become encompassed with their heroes and heroines than to see them ten feet high on the street corner? Now the trend has changed to independent production companies and large unconventional record companies financing films. Bollywood has now very much adopted the structured film-making process of Hollywood and the U.K.Film Industry: independent film production companies source financing via private equity, co- producing with major studios, foreign investment, crowd funding, and certain banking institutions. Although some mid to low budget films may still pull from dodgy funding sources, the industry has cleaned up its act considerably by seeking government assistance and more stringent policing to prevent illicit money being laundered into film-making.


In 2016, Indian cinema is seeing the rise of the Megaplex and Cineplex cinemas in the major cities.  These cinema chains are providing audiences a greater variety of film genres and setting more films overseas. No longer are audiences willing to be fed purely Masala or star-driven attractions, they are demanding stronger story lines, higher production values, and films without songs such as Court and Margarita are rapidly becoming the growing trend.  Pop-based, social media driven songs are also being used to attract a younger demographic of online viewers. Apart from the large diaspora of non-resident Indians around the Globe, audiences in the US, Europe and Australia are also embracing Indian cinema in their movie theatres and online, enjoying the experience as a stand out genre. However you perceive Indian cinema, when you finish watching a Bollywood film , you walk away with a deeper understanding of Indian culture, which encircles your heart with visual and auditory sense overload-- not to mention a huge smile on your face!!!

Tips for Foreign Actors in the Bollywood Market
Casting in Bollywood is a difficult study. There are no hard and fast rules regarding seeking opportunities in the Bollywood Film Industry and, as with the Hollywood and U.K. industries, competition is fierce and the ability to diversify your talents is key. Sheer hard work, persistence, the ability to handle rejection, and live in varied types of environments is all part of breaking into Bollywood. Casting couches, nepotism and the like sometimes exist here just as they do in other film industries. All that said, there is more legitimate demand for foreign actors in Bollywood than ever before. Foreign men will often be cast as "bad guys"-- Russian Mafia, power-hungry CIA, Australian policeman, and the all-time favourite: British colonialists-- but there are exceptions. Foreign actresses tend to have more opportunities than their male counterparts. They're in demand for racier roles in a conservative culture that still looks askance on anything too suggestive from Indian women. They're also frequently cast as the Indian star's girlfriend or third wheel of a love triangle-- often relatively sympathetic, three-dimensional characters-- if only to highlight the hero's dilemma before he eventually settles down with the Indian girl mom prefers. (LA Times).


Here are some tips for breaking into those roles: 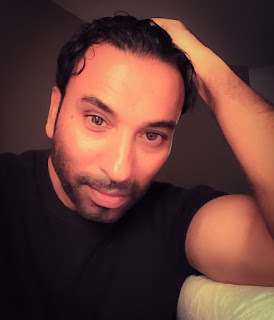 Gerard John was born into a Bollywood Musical family, the son of Bollywood singer Sushila John. Gerard embarked on his career first as a drummer, then taking up study in theoretical composition, piano, voice, percussion and World Music fusion. With his brother Philip, they formed the Bollywood pop group "Phil and Jerry" which sold over 26 million albums in the subcontinent and across the globe. Their hits span Bollywood Movies, Fusion Indian pop, and Tamil pop, including "Oorja" , "Q Funk", "Puyal" and "Kiss You Once", which also became a Top 10 hit in China. Today, Gerard's hit "Best in Me", from his forthcoming solo album "Timeline", has just reached the Top 20 dance chart hits in the U.K. He has also recently crossed over into acting, with the Italian-UK co-production "Tendenza ad Amar", due out in 2016, and into producing, where he specializes in the integration of music and creative technology.