10 x Scene study and On-camera Classes in NYC to check out now!

We all know that going to drama school can be an incredible investment in your career. Taking those years to immerse yourself in the history of plays, writers and actors, and taking on the challenge of becoming part of a repertory troupe can allow an actor to expand her wings and try out many different parts before emerging as professionals ready for the 'real world' of show business.

Of course, this investment is one of significant time and money- neither of which every actor automatically has at their disposal.  But whether you had the opportunity to go to drama school or not, most actors worth their salt knows how important it is to continue studying and keep themselves match fit once they're ready to embark on a professional career.

Learning on the job is an amazing thing (all those opportunities to work with and learn from new directors, cast members and crew) but there's no guarantee you will be working 5 weeks of the year,  let alone 50, to keep your skills honed. Ongoing classes can provide a much needed safe space to take on different challenges, observe your peers, try out new techniques in your work and make bold casting choices. This is the opportunity to stretch and make 'mistakes,' all the while growing. 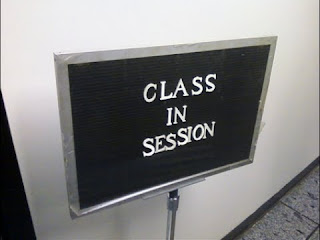 It may take a few different attempts to find the teacher or class that suits you at a particular time in your career. Most classes will let you come in and audit (mostly for free) before making a decision to join. Chat with other pupils and alumni, do a cost analysis and ask yourself whether this is an environment which will challenge you as well as protect you and set you up for success - being an independent, smart working actor within a strong supportive community.

I urge you to learn from teachers who are or have recently been actively working in the business. You may be thrilled to get into a class with a particular coach, but if it's been many years since their last professional outing there's a chance that you may be working with outmoded methods, inflexible working practices and an unrealistic understanding of what the current industry needs and conversations are.

If possible, don't be the most experienced actor in the room. Particularly when it comes to an ongoing class commitment that may stretch over a year or more, try to take class in an environment where you'll work and learn from more experienced and hard working actors than you.


So without further ado, here's a Top 10! a few of my favorite go-to places of learning, scene study and on camera acting class in New York:

1. Mimi Lieber's masterclass. Mimi is one of the smartest and tough-but-fair-est teachers I've ever been blessed to study with. An actor who regularly appears on and off Broadway, she runs scene study classes for students on Monday nights. (For more information: annieleemoffett@gmail.com) 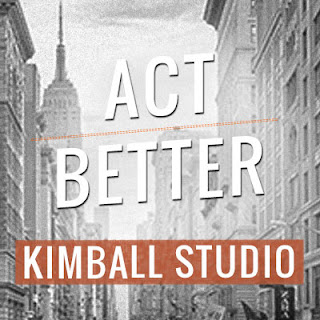 3. The Barrow Group. Founded in 1986, TBG is a New York City theater company and performing arts training center. Artistic Directors Seth Barrish and Lee Brock oversee three plays per season in the main theatre, alongside the wide variety of programs and courses on offer for adults and young people - from day long intensives up to one year programs. Notable alumni include Anne Hathaway, Lola Kirke and Vera Farmiga.  (https://www.barrowgroup.org/)

4. Lyle Kessler Theatre Workshop. A lifelong member of the Actors Studio, Kessler has had numerous plays produced on and off Broadway, including 'Orphans' and 'Collision.' Lyle studied with Lee Strasberg and class focuses on building strong character work and strengthening an actor's theatre muscles. On occasion writers, directors, actors and filmmakers will pop into class to observe and participate.  Previous guests include Alec Baldwin, Malcolm McDowell, Larry Moss and Chazz Palminteri. (http://www.lylekessler.com)

5. The Acting Studio. This studio boasts its own resident theatre company Chelsea Rep, and runs the gamut: from introductory classes for the complete newbie, through to acting, stage violence, on-camera, accent, voiceover and auditioning classes and private coaching for the seasoned professional. There is a special series of classes dedicated to Meisner training, as well as separate workshops for playwrights and directors. Alumni includes Julianna Margulies and Ato Essandoh.
(http://www.actingstudio.com/our-classes/actors/scene-study) 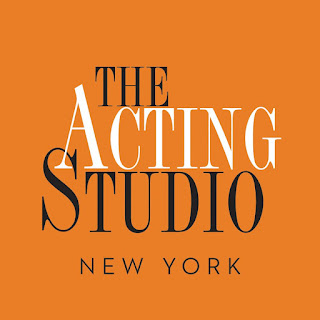 6. Maggie Flanagen Studio. Maggie opened her studio “to provide a small, intimate, and nurturing home for serious actors to sharpen their skills and solidify their craft.” Her work is rooted in the technique of Sanford Meisner, coupled with an emphasis on creating behavior organically and truthfully from genuine experience. The studio offers year long core programs as well as summer intensives. (http://www.maggieflaniganstudio.com)

7. Ellen Novack's On-Camera Audition Class. Ellen has worked in film and TV in many guises - as director, casting director, producer, actor, acting teacher, coach, and manager. Her on-camera classes support actors honing their skills for the realities of TV and Film castings by offering a clear and systematic way of dissecting and analyzing audition scenes. Private sessions are also available, and for those desiring a bit of a reboot Ellen also offers ActorLaunch for personal career coaching.

8. HB Studios.  Founded by Viennese actor director Herbert Berghof in 1945 and shortly thereafter joined by Uta Hagen as its master teacher, HB Studios is committed to providing a haven for working professionals, free from commercial pressures. Alongside their one year signature acting conservatory, The Hagen Core Training, there are a whole host of workshops and class choices on offer on everything from NYC specific accents to musical theatre, movement, Alexander Technique, improvisation and on-camera work. The illustrious list of alumni includes Anne Bancroft, William H Macy, Sarah Jessica Parker and Al Pacino  (https://hbstudio.org)


9. Anthony Meindl's Actors Workshop. Commonly known as AMAW, this studio was founded in LA and now boasts locations in Atlanta, Vancouver, Sydney and London as well as New York. Tony's philosophy is rooted in actors trusting their artistic instincts, taking risks and stop 'performing' and reconnecting to their own human feelings. His work has reached countless actors around the world thanks to his bestselling books and addictive podcast series. Teachers at AMAW studios around the globe are professional jobbing actors and boast AGG's very own Scott Michael Wagstaff! (http://www.anthonymeindl.com)

10. T Schreiber Studio Founded by Terry Schreiber in 1969, the studio has grown exponentially since then. Alongside the accompanying theatre which supports playwrights by by producing new short and full length plays every year, there are a host of acting classes (levels I – IV) Meisner, Commercial, On Camera, Auditioning and industry workshops. For those looking for intensive training with a flexible schedule, T S Studio allows an actor to customize their own conservatory program. In addition, the studio hosts a “Conversations With…” series with established actors, directors and playwrights in a very informal setting. Recent guests include Edward Norton, Cynthia Nixon, Peter Sarsgaard, Mary-Louise Parker and Maggie Gyllenhaal.

Folks, this is by no means a comprehensive list - and there are new classes being set up all the time! Let me know  - who have I left out that should most definitely be on this list? Get in touch and we'll make sure to do a follow up on some of your favorites and top tips for New York City. Happy studying! @EdithKisAlacska