Marketing #TheSeoulBrotha to the Southeast

When I was planning to leave Korea a friend asked me, “What happens to #TheSeoulBrotha when you’re gone?”  I proudly responded that my moniker doesn’t change just because I’ll be living in the states. What does change is how I use the moniker with my brand. 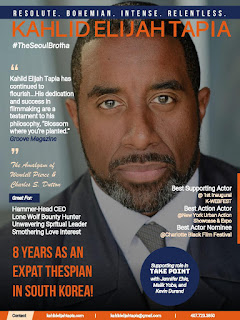 #TheSeoulBrotha was created because I understood that marketing plays a huge role in the survival of an actor. While in Korea I blogged with the moniker as a salutation and as a hopeful “beacon”, I use that term very loosely, to encourage expat actors to see that overseas work has value for our host and home markets.   #TheSeoulBrotha was a title while living in Asia. A symbol that represented hard work, networking, training and the ever-growing desire to push oneself out of comfort zones.
I’m happy to say that things have changed drastically since being in America.  Because of my dedication overseas I’ve built a solid portfolio for the American market to see and #TheSeoulBrotha has become the greatest ice breaker and talking point to directors, producers and casting directors.  It exemplifies my YOU-nique, sets me apart from every other 5’9’, African American man, with a winning smile, that weighs 260lbs. I never have to worry about those “dead-air-awkward” moments because my story is interesting. It grabs the attention of the listener and keeps both parties engaged.
But guess what?  All my networking, all my training, all my success came to a grinding halt when I had to come face to face with one film industry aspect that wasn’t a big issue in Korea.   AUDITIONING. That’s right, #TheSeoulBrotha got the biggest slap in the face when he had to start auditioning because I networked my way into 99% of my roles that are on my IMDb.
You see I didn’t know that I was a subpar auditioner.  (I may be giving myself more credit with the term subpar.) I had no clue until I went to my first audition, but I didn’t go to my first audition until I had set up some foundation for myself in the Southeast.  Foundations in the industry that my experience in Korea had taught me to do.
One of the things I learned overseas was to do a management session and get an outside perspective on everything I was doing.  So, I scheduled a session with the artistic director of ClassAct Studios of Orlando. That session taught me about the do’s and don’ts of the Southeast market, gave me access to workshops, taught about headshots and talent agencies in the city. This connected me to Lock Talent Agency and being signed after only 6 months in America.  WOW! Some actors wait way longer than that for an agent, so #TheSeoulBrotha portfolio was strong enough and the brand was being maximized.
Another lesson learned was networking groups.  I then connected with the Director of Orlando Film Commission 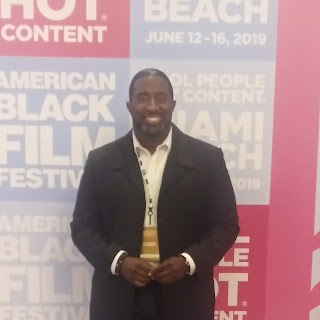 who in turn informed me of Women In Film & Television, an organization that “strives to provide members and the Florida film community at large with advanced opportunities through networking, educational programs, and events held.” It’s not just for women. They meet every month and it’s a great place to talk to people in the business, once again, brand maximized.

I started updating Casting Networks, Actors Access, IMDb, social media and my website.  I knew, because of experience, to use my online presence to market my brand and use #TheSeoulBrotha as the foot in the door.  Overseas experience and training helped me to see the importance of marketing; colors, verbiage, timing etc. #TheSeoulBrotha was strong!  Infallible? Not by any means but a strong foundation in the industry.
Then I went on my first audition.  There was the sign in sheet for Casting Networks, the waiting room, actors that looked like me in the waiting room for the first time ever, the line to wait and see the casting director and client, the mark on the floor, the reality of not shaking hands and not saying ma’am or sir, and the one-eyed monster, the audience of one….THE CAMERA.

Had a I auditioned in Korea before? Sure, a few times. And I mean A FEW.   Was there a camera? Yep. Did anyone ever talk to me about what to wear to an audition? No.  Did anyone ever teach me about “working the box?” No. (If you don’t know what “working the box” means, stop reading, go take an audition class. NOW!) Did anyone ever teach me about walking into the scene or out of one? No.  Did anyone ever teach me about why the breakdown is important? No. About how I’m supposed to enter and leave the room? No. Did anyone ever teach me about why breaking down an audition side is totally different from breaking down 2 pages of a script? @#%#@ NO!   There I was with supporting roles in major Korean blockbusters, co-star roles on popular Korean tv shows and my auditioning technique was @$&#@!
HOW DO YOU MARKET YOUR BRAND IF YOU CAN’T MAXIMIZE THE ROOM?!  The audition gives you the opportunity to maximize the room. I was pissed. Frustrated.  Saying things to myself like, “Why didn’t I audition more?” Why did I think being handed a role was the greatest thing ever?  Why? Because that’s where my skill level was for that moment in time. But I’ve grown. So, what was the solution? What is always the solution to auditioning?  Train, audition. Train, audition. Train, audition and when you think you’ve trained and auditioned enough, then you do them some more. I didn’t focus on the weak link.  Did my best to not beat myself up about it. Started concentrating on my strengths in the business of acting and read a great book, Self-Management for Actors by Bonnie Gillespie.  I maximize #TheSeoulBrotha with the strategies of SMFA. That book makes it so much easier. 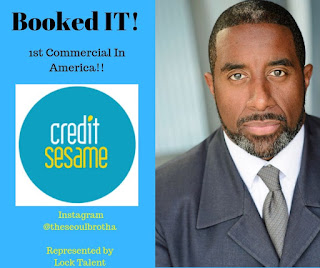 I had to pick myself up, dust myself off, realize the problem, execute a solution and keep moving forward.   #TheSeoulBrotha can be easily used in the USA because it represents more than just building my foundation in one of Asia’s more profitable film industries.  It also represents how I think when it comes to the industry. I went outside the box to get the job done. But here’s the truth about thinking outside the box.  It’s a great ability to have but if you can’t maneuver your abstract thinking into the box, then all that great unique thinking is for nothing.


2019 was a great year.  Workshops, films, commercials etc.  2020 will be greater, not only because I’m speaking it but also because I’ve given myself the opportunity to fail and rise again.  I am the product. My marketing tools represent me. I played the odds when I went overseas, and every actor knows that when you get an audition it’s like winning the lottery.  So why would I drop #TheSeoulBrotha. I want every inch of every edge that I can get. I want that strategic angle that will set me apart. #TheSeoulBrotha provides that for me.  I’m playing the odds and I won’t play small.
###
For more on Kahlid, visit http://kahlidelijahtapia.com/