Mary Schmich wrote in her famous Chicago Tribune essay* “Remember the compliments you receive. Forget the insults. If you succeed in doing this, tell me how.”

The same thing goes for rejections after an audition. We are told to forget about an audition as soon as we leave the room. By forgetting you protect yourself from the sting of the rejection, and if they call, then it's a nice surprise. So goes the legend. To me this is only possible to achieve during a period of plenty of auditions and jobs. Sure if I have two commercials auditions a week, I am being seen for two big TV-shows and I am on set for a feature, it is easy to relax and not obsess about one particular production. But what about the times when castings are few and far in between, the digits on your banks statement are all red, your phone is deafeningly silent and you have too much time to think? Then that one job is always on my mind. I go back and forth between thinking about it, to attract the job law-of-attraction style and trying to let it go. It’s a catch-22. 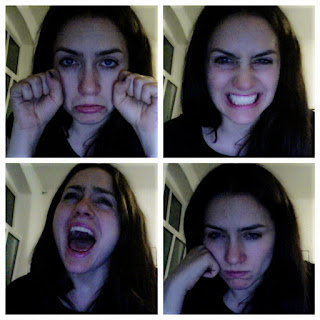 My latest rejection has come after being short-listed for one of the leads (and the lead's sister) of a big studio film, which I really wanted-- apart from the excitement of a big production-- for the story. I had spent two months on that short list, because, yes, I gave a great performance at the audition. Finally, after 2 months on hold, the feedback I received through my agent was: I am not famous enough for the lead and I am too attractive for the sister. WTF? If they could only see me now, how I look after not sleeping and having a giant pity party for myself!

Right after getting the rejecting phone call, I called a director friend of mine and she didn’t seem surprised at all. She said, “I have rejected great actors before because they were too short or too broad or too something I didn’t see in the character”. So yes, it can be just that. Something superficial that separates us from the role.

Here in Europe, there is no pilot season. Even successful working actors often don’t have a constant influx of auditions. Competition in this industry is fierce and this is even truer for women and minorities - fewer roles, more competition. And even though a lot of TV and cinema is state-funded in Europe, they still care about fame, often more than ability, because fame means money.

Yet all I have is me. I look the way I do, I am the age I am, the height, the weight, the complexion, the gender. Sure, as actors we are all to willing to change as much as possible to fit the part - we actually want to change, but however much we may be able to morph into characters, we are subject to the limitations of the minds in power and how they see us: too pretty one day, not pretty enough the next.

We have to stay true to ourselves. Find the brand and niche that makes you you, and own it. Find the market that wants that brand, and exploit it. Fall down seven times but get up eight times. A friend of mine once said he is happy about every rejection he gets, because he believes that the chance for a yes rises with every no. I am not sure I follow his logic fully but I like the spirit. What I do know about every audition is that someone paid for a room, got a camera and took some time out of their life to watch me perform. That performance is all I can influence - by being well prepared, having dealt with any possible issues well enough so they are not in my way, being in shape and by simply being grateful, because I am there out of my free will, I want to be there. Every audition can be a win-win situation. They want to see me act, I want to act for them. That is a self-contained, happy unit. Maybe it's the first chapter or maybe it's just a short story, but it’s ours.

“Whatever you do, don’t congratulate yourself too much, or berate yourself either. Your choices are half chance. So are everybody else’s”*. So is the director’s choice. How can I argue with chance? The other half is all I can work on and then maybe my friend with his collection of no's is right; eventually chance will have to be on my side. YES.

(*quotations are from one of my favorite essays:  http://www.chicagotribune.com/news/columnists/chi-schmich-sunscreen-column-column.html)