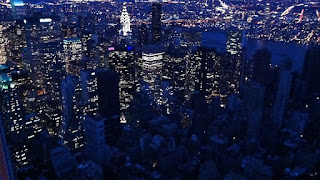 You can’t escape New York City on down-and-out-actor days. Where the Hell do you go? Brooklyn? Queens? NEW JERSEY?? After a bad meeting, or getting dropped by your agent, or coming from a two-hour Equity cattle-call, there’s no beach, no surfing, no casual ride down the Pacific Coast Highway in your car with the warm air blowing through your open windows... Nada. None of that.


You know what there is in NYC? The nomadic dude on about three different hallucinogenics at any given time with his non-neutered pit bull on his back spilling whatever questionable substance is in his Styrofoam cup directly onto your only pair of audition shoes as you exit Warner Brothers Casting after completely bombing your pilot audition with a reader whose phone started ringing in the middle of your take.

And after all of the classes you’ve paid for, and hours you’ve spent preparing, and the last-minute coverage you found for your third money-job just so you could go in for two lines on a Netflix Original Series, do any of us actually fall asleep feeling empowered, let alone “in control?” I’m not feeling it. Not one bit. And I’m a girl that loves a good pushback. A major obstacle. A nice, tragic setback that I can bounce back from. I love my setbacks. But I do not like feeling smaller and less important than my agent, a casting director, or anyone in our industry, for that matter. And in New York City, a town filled with artists that possess intensity, grit, gumption, ferocity, dynamic emotionality, what have you, I’m not alone in that sentiment. So I ask you again: What IS within your control? And how do you find freedom and power in your work in a city that provides no escape and inspires an overwhelming fear that there isn’t enough work for everyone?

The Models have the answers.

Before you track down my address and send a bomb to my front door, allow me to explain.

The Models run New York City. They are always working, always being flown places to make money, always making money, never eating but always getting taken out to lunch anyway. I mean, when a model works, they WORK. They make more money than actors in less time with less effort and more benefits and they’re disciplined as hell. What’s even more disturbing (but super empowering if you stick with me through these next few paragraphs) is the fact that The Models seem to be the only breed that knows how to work steadily and fruitfully in New York City. 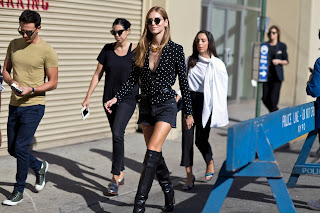 What's their secret? Models work with multiple agencies at once. What’s brilliant is that all of these agencies know that their models are two-timing them and are OKAY WITH IT! Have you ever dated a couple of guys at once and wanted to date both of them because they were both hot and they both satisfied different needs? One is super laid-back and down-to-earth, the other is highly social and always has something fun planned. One has a fantastic sense of humor, the other is an MIT grad working in Aerophysics. One can cook, the other has a VIP table. One is amazing in bed, the other is amazing in bed.

WHAT IF YOU COULD HAVE BOTH?!?!

This is what The Models do. They can work with one agency in NYC, another in Miami, another in LA, or even multiple in one city so long as the contract is non-exclusive. The Models even have Mother Agencies. This is an agency that helps shape the model’s TYPE and GENRE (essentially) to help target a specific look that will appeal to whichever designers, photographers, publications, etc. are tailored to that type.

Actors can have multiple commercial agencies. It’s also possible to “freelance” with a few different legit agents, but I’m going to focus on commercial work and modeling specifically because it has up-leveled my career and empowered me as an actor.  I went from having an audition once or twice a month to getting sent out three to seven times a week. I have four commercials running this year that I know of. I’ve booked things that I didn’t even have to audition for. And, perhaps my favorite achievement: I work with seven different agencies. SEVEN.

What’s more is that each agency has it’s own unique relationship with different casting offices. One has a great relationship with Donald Case Casting, the other gets me seen by Beth Melsky Casting, the other sends me out for commercial modeling castings  and has strong relationships with offices like Nina Day and Zan Casting, another gets me in for HOUSE, another gets me print castings that I don’t even have to audition for – they simply send my images to the client and I’m booked for the job.  I have people working their strongest connections in the business, thus strengthening my relationship with that particular office. More connections bring in more opportunities. More opportunities bring in more work. Because I can have multiple contracts with multiple agencies, I work frequently. It is a rare week that I am not in for at least three castings. 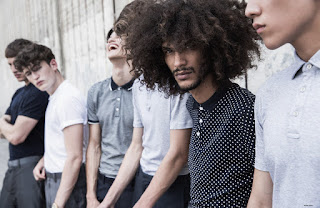 As a result of my having many different agents, I feel empowered in the sense that not all of my eggs are in one basket. I no longer have anxious and dependent relationships with these agencies. If one isn’t sending me out one week, nine times out of ten, one of the other six are submitting me and getting me in the room. And when I book work through one, I share that information with the others, and it renews their interest and commitment to our working relationship. They see that I’m getting work and, moreover, that someone else is getting me work, and I am now a paycheck to them as opposed to an actor calling and checking in to awkwardly ask why I’m not being seen. Because if they’re not getting me seen, someone else is, and they’re missing out. I know this sounds obnoxious, but I really believe it’s just the nature of the business here in New York. It’s cutthroat. It’s unforgiving. It’s demoralizing. Because if you’re not making them money, you better believe that they have a solid twenty actors who are. So why shouldn’t you take the power into your own hands? If your one agent isn’t getting you work, why not grab three more who will get you work? ... Don’t be an idiot though. Check your contract and don’t burn bridges. Just know that in a city this big, there are too many opportunities and too many agents. So why not date many at the same time?

The Models get how to work New York City. They know that it’s important to be hungry, but the second you’re perceived as starving, you’re trying too hard. What’s magnetic is an actor who knows that if one agency doesn’t work for THEM, another agency will. And that’s where our power lies. There are infinite opportunities in this great city, it’s just a matter of owning your opportunities. Who’s to stop you from playing the field? There are countless agencies in New York, and when you have many agents in your
corner, it creates a healthy competition for them, and a stronger sense over your contribution to your agency and your power in your career. You are not a slave to one, but a valuable asset to many. 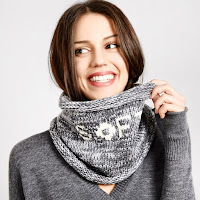 KC Schlossberg is an actress and model in New York City. She is a graduate of Northwestern University. @kcschlossberg