The Age of Self-Taping

I’m sure we’ve all noticed that self taping has become more and more common as the industry progresses. A lot of actors here in the UK think that they’re at a disadvantage being asked to self-tape over getting into the room where we all know the doors of CDs are fairly hard to pry open. I would suggest not thinking of self taping as a disadvantage, but more a crowbar for CDs doors- and if you know how to use that crowbar well, you will be flying into rooms for recalls or sometimes even just straight booking onto a job; those CDs will certainly remember you for that!

So I’m sure you’re now wondering, ‘How do I make my self-tapes the ultimate crowbar every time?’ - lets go through all of the elements: 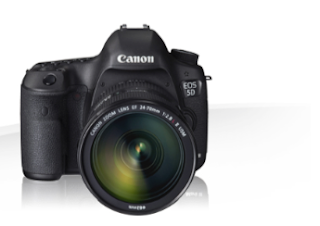 Most smartphones will do the job for you now as they’re all full HD upwards but sure if you have a decent DSLR, handycam or even an Alexia then go for it - of course the more we can see of you the better - more pixels equals more of you on the video.

One big 'no no' if you are using a smart device is filming in portrait; ALWAYS FILM IN LANDSCAPE, just like you would a film. It really helps casting offices with their uploads and they will most likely ask you to re-do your tape in landscape if you have filmed in portrait and by that time you could have missed the boat in having your tape seen!

Your framing should be middle of chest to top of head - I would put a breath of air between the top of frame and your head as well. Make sure you’re locked off on a tripod so the video is nice and still for your performance (shaky cameras can be off-putting).

Quite simply the backdrop (background you sit/stand in front of on the tape) has to be plain when you’re doing a self tape. If your scene takes place in a kitchen then it's ok to film in there too, but most of the time you want a good plain coloured wall or backdrop that is either grey, brown, blue or off-white etc. I say 'off-white' rather than 'white' because when you light white it pings, takes over the picture and becomes hard on the eyes. There are times when you can do more than just a plain backdrop read, but I’ll talk about that later.

Mega important. I would invest in some good lighting - like some affordable portable LEDS such as these:

The other alternative is to get a good desk lamp and make sure you are well lit with that so the camera can fully take in how you truly look, creating a well lit tape that is a better representation of your true self and helps ensure none of your performance is missed! Be sure to put on make up and do hair - make yourself look as presentable as you would going into the room to meet the CD right?

Another mega important element! Get yourself a shotgun mic for your camera or perhaps 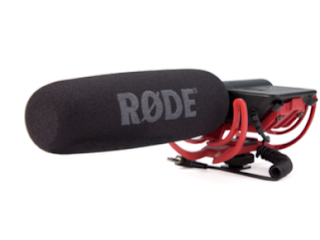 even a lapel mic if you’re happy with syncing sound (will go into that further later). If you are using a smartphone to record your tape you can still get a little shotgun mic for it that goes into the headphone jack, but perhaps a lapel mic is best.

Sometimes using the on-board camera mic or smart-device mic is ok if you’ve been clever about the location you are filming in as the internal microphones are sensitive to sound in 360, picking up humming from the fridge, the school outside your building, the main road etc and are not directional like the shotgun and lapel mics that would cut all of the 360 sound out. It’s important the CD, Director & Producer hear you loud and clear on your tape - other noises can be very distracting and a noisy tape not done with much care comes across as unprofessional.

ALWAYS use a reader for your tapes, it’s important to have someone there with you to respond to. Don’t do them alone and don’t record your own voice and play it back for you to respond to. I’ve learned lately here in London though casting director workshops that the majority of them find this odd - so a reader is necessary. I guess the other alternative is to Skype someone in on your tape if you’re away/not near anyone the time you come to record.

Of course it’s a great advantage to have a reader who is a great actor to work off of, but be sure they understand that the focus is you. It’s very easy for a great actor to give so much on your tape that the casting director becomes more interested in their read!! So be sure that your reader doesn’t sit too close to the mic and their voice is at a minimum level rather than full blast so that the main volume heard on the tape is your voice.

To the same effect, try not to have a reader who is completely flat, as this too can be off-putting for the viewer. If you think about it, working off someone flat when you’re going for a top performance ends up not coming across real as the responses you’re giving don’t work as well off a flat read compared to someone who is acting with you.

In the backdrop section I mentioned you can sometimes do more than just a plain backdrop read.

If you’ve been asked to do a scene with a good action sequence in it and you have a creative team around you who might make the tape cinematically, then why not do it?! As long as you are being captured as well as you would be on a plain read, but with the action captured too, then I feel that’s a good way to go!

I’ve seen some self-tapes like this for the new Jason Bourne movie that of course has a lot of action in it- some people really went to town and filmed at night in the streets with some signature Paul Greengrass shaky camera movement in the action sequences, while still cinematically capturing the actor during their lines. They were brilliant and I know from the casting director that they were well received - so if you’ve got the ability to film tapes in this manner then why not do it? Filming a tape that way gives a big nod to the filmmaker's work and shows you understand it well alongside the fact that you’ve got acting chops - that just shows an intelligent actor, so if you’re right for the role why wouldn’t they recall/book you?? 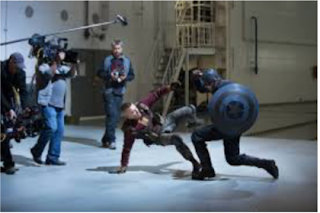 So now you’ve filmed your most awesome self-tape you’ll want to select the best take or takes of each scene depending on if the casting office would like just one good one or two contrasting (always ask I say). Once you have those selected you may send them edited together in sequence or send the scenes and takes as separate files - every office here in the UK is different, but I’ve found I’ve mostly sent each individual file separately rather than edited together (in the U.S., I understand they usually edit all scenes and takes together as one file). Again always ask your agent or the casting office so you know what is going to make it easier for them-- it's always great to make the casting associate/assistants job more easy if you can-- they’ll really appreciate it!

Once you’ve got all your files or file together, then label the file name with your full name, what show, what scene it is and what take - for example:

or if I did an tape edited together of all scenes and takes in sequence then:

If you need to edit your tapes together then you can use something as simple as iMovie on a mac, final cut pro or premiere pro if you’re into that too. Here’s a tutorial for the latest version of iMovie: iMOVIE 10.1 TUTORIAL

Once you have your file, then use either vimeo or wetransfer to send all the files over. If using vimeo ensure the download button is switched on in settings as offices need to be able to download your tape (therefore never use youtube).

Right, so that covers mostly everything I believe! To round off I’m going to leave you with some very useful links to tips on self taping from Amy Hubbard, Ros Hubbard and Manuel Puro all very very useful resources. Thanks for reading!