Melbourne versus the world: finding fulfillment as an actor

“How do I build a successful and fulfilling acting career?” I’m pretty sure this is the question on every actor’s mind. I’ve even heard established actors like Cate Blanchett and Judy Dench talk about it. In many cases, this leads to other questions like:

"How and where will I get the most auditions?"
"How do I get a good agent?"
"Where are the most (and biggest) opportunities?"
"Where will I meet the best collaborators?"

I’ve been an actor based in Melbourne, Australia – way down under – for most of my life.

I love that this blog is about actors from all parts of the world, working in all parts of the world. Given I’m already an avid traveller, making films and performing theatre in all corners of the world has always been a goal. So far, I have travelled for stage and screen projects to India, New Zealand and the USA.
Finding performance work in new countries and exploring new cultures has been one of the best remedies for the inevitable “I’m banging my head against a large, gnarly brick wall” frustration.

But there is a lot to be said for staying in one place for a while – it’s almost essential to begin with, so you can build relationships with fellow creatives, casting directors, producers, directors, agents and find theatre companies you love to work with.

So I’ve been asked to give you a snapshot of what the acting industry is like in my hometown, should you global (and local) actors be curious about working here.

Melbourne is known as the arts capital of Australia, especially for its performing arts scene – from major musicals to live music to underground theatre (so underground some plays are even performed in underground carparks). It’s also the second largest city in the country after Sydney. The philosophical battle between the cities is a ‘thing’ and cause for lots of humorous-but-fierce debate. Side note: Melbourne has been voted the world’s most livable city five years in a row, so I think we win the war.

Here are a few things I’ve found to be true about Melbourne:


o   http://vca.unimelb.edu.au/ - Melbourne’s most renowned three-year acting degree, VCA also run short courses and a foundation year. I did some training here and found everything from voice and movement to craft exercises to be led by passionate and inspiring experts. Australians are eligible for government assistance with fees and living expenses.
o   http://drama.nationaltheatre.org.au/ - The National Theatre is also well-established and reputable. Over three years you’ll get an Advanced Diploma. They do short courses as well. Australians are eligible for government assistance with fees and living expenses.
o   http://www.melbourneactorslab.com/ - Evening and Saturday classes. I trained here for almost 5 years. Peter Kalos is a wonderful, generous and gifted teacher. The lab fosters a passionate community of actors who support each other and are wholly committed to the work. The technique and philosophy comes from The Actors Studio.
o   http://www.16thstreet.com.au/ - Masterclasses with US acting gurus, full time and part time programs. These guys are very well resourced with diverse courses on offer.
o   http://www.howardfinestudio.com.au/  - U.S. acting teacher Howard Fine recently set up a school in Melbourne. Howard comes to Melbourne regularly for Masterclasses and spends time developing the school.  They offer full and part time programs.
o   http://www.rehearsalroom.com/ - Evening and Saturday classes. I trained here too. Great training for script analysis and coming up with quick tools and varied intentions. I often recommend The Rehearsal Room for friends who are new to acting.

I hope this gives you a bit of a snapshot. It might also help demonstrate how getting established in one place helps spark initial success. So if establishing in one market, then spreading your wings around the world, are two ways to build a fulfilling career, what else works?

I’m still figuring it out, but so far the most fulfilling thing I’ve done for my acting career is create my own work. Not only does it give you the chance to write the perfect role for yourself, but it also allows you to find your voice and tell your story. As actors we are storytellers, and when you create, write and produce you enhance your storytelling ability x 10.

And it can really help your career. A web series I co-wrote and produced last year, Two Refugees and a Blonde, appeared on TV, screened at several festivals and was nominated for two awards at the world’s biggest webfest in L.A. It also resulted in my being approached by a fantastic new agent who helped me find my niche, which in turn helped open some big doors internationally.


I’d love to hear from you. If you want to ask any questions or tell me about your journey, you can find me @rainfuller on Instagram and Twitter or message me on Facebook: https://www.facebook.com/rain.fuller/ 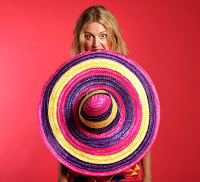 Rain Fuller is an actor and writer based in Melbourne and LA. She has starred in three feature films: the multi award-winning dramedy Pretty Good Friends which had a VOD release in the USA via Roku and a limited cinema release in Australia; international movie Project 103 that was shot in India on the banks of the Ganges River; and existential drama Experience the Knowing (post production). Rain also performed supporting roles in Australian bushranger film The Legend of Ben Hall and award-winning comedy Sizzler ’77. Appearing numerous times on the small screen, Rain’s recent projects include a guest role on one of Australia’s most prolific TV shows, Neighbours, and a series regular role in web series Waiting on Sound, distributed by Film Ink and screening In Flight on Virgin Airlines from July, 2016.  Projects she has co-written and acted in include the short film Deep-Seeded, directed by veteran TV director Nicholas Bufalo, bizarre sitcom pilot Pickled Prozak, and her most recent co-creation, the acclaimed comedy web series Two Refugees and a Blonde. Appearing regularly on stage, Rain’s most recent theatre credits include Wuthering Heights (Australian Shakespeare Company), The Sinoatrial Mode (Red Leap Theatre Company, NZ) and The Perfect Garden (First Room Theatre Guild, USA). Rain is currently writing her first feature film under the tutelage of Cannes winning filmmaker Michael Rowe and preparing for a Victorian theatre tour.