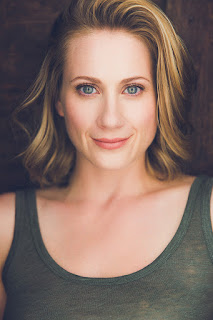 Once upon a time I decided to quit a career I’d been working to build for 8 years. I’d just had a baby. My husband was supportive of my choice to be a stay-at-home-mom. And I thought I was ready. I thought it was the right time to take a big risk.

In someone else’s storyline, that would be the moment they became an actor. But the career I quit? Was acting.

Eventually I realized that I couldn’t just give up who I was. But there was me, less than a year post-partum, still carrying 20 pounds of baby weight and really disliking myself because of it. On top of all that, I was dealing with an autoimmune disease.

Now if at any point in all this I was thinking I’d be able to go right back to work like I hadn’t taken a break, the reality of the situation crushed that idea pretty quickly. I was cold calling people I’d worked with in the past, sending them my new headshots and letting them know I was available. I wasn’t making any money, and I was struggling with my self-image in a big way. The callbacks weren’t coming. I was just a little terrified!

But then I had a breakthrough. I realized that if I was going to meet my goals, I had to acknowledge how much I really wanted to be doing TV and film and then I had to be totally serious about it this time. It wasn’t a matter of waiting to land that perfect role; it was about putting in the work and trusting that opportunity would follow. 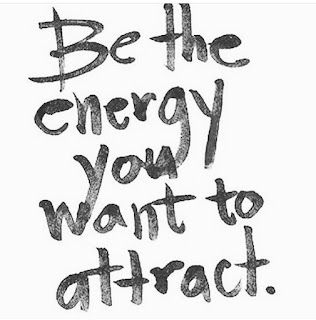 I started taking classes at Kimball Studio with Kelly Kimball and Janine DiTruillo and, not having any material that I felt showcased what I can do, was inspired to write, produce and star in my own short film, Carry On. Thanks to an introduction from a friend (stuntwoman and producer Nikki Tomlinson), I was able to start stunt training very seriously and it was a huge confidence builder.

There I was, a new mom doing these intricate fight sequences and knocking people down!

I’d love to say that it all worked out in the end but there is no ‘end’. I’m still chasing success and at the same time, I’m living my success every day. I’m where I need to be and I’m connecting with the right people as I continue training, auditioning, networking, and building my brand. I’m prepared for any opportunity that comes my way.

That said, I could easily give into the temptation to be angry at my younger self for wasting time. And it would be just as easy to put a smile on my face and pretend that I don’t have any regrets at all. I used to work so hard to make everyone around me think I was okay 100% of the time but I don’t do that anymore. Now I work hard to be honest with other people and with myself.

I know I’m leading a blessed life, but acknowledging my mistakes openly is allowing me to dive deeper into my craft. I can be present without fear because I’m working hard every day to accomplish my goals. This approach is so different from what I was doing in my 20s when I was coasting along on my talent. Being “a natural” only takes you so far - that’s when you have to step up and start putting in the work.

That’s what I’m doing now and I’m seeing the payoff. This week, I booked my first paying job (the lead in a short film) since coming back to acting and it’s a role that I believe will lead to bigger and better things. But more important than that is the fact that I have grown so much this past year - more than I did in my first eight years of acting.

I can honestly say I have never felt so comfortable in my own skin as I do right now, on and off camera. My ability to understand what a director is asking for and to deliver it is beyond what it ever was. I’m proud of myself because I know that it’s all because of the training I’ve been doing. I have learned to focus on what I can give to a project - to act with generosity. And I actively look for every chance to grow, whether I’m training or working, because I’m once again where I belong. 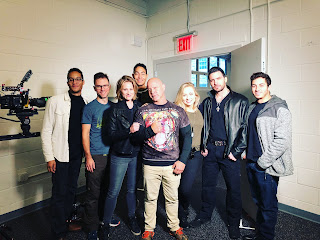 Is it easy? No, it’s actually one of the hardest things I’ve ever done. I’ve been turned away by people saying I’m too green for my age. Finding representation has been a challenge. But if I’m truly dedicated to achieving success in this industry I can’t just wait around for something to happen to me. That’s what I was doing eight years ago and as a strategy, it just doesn’t pay off in the long term. I need to be the one making things happen.

I like to remind myself that when you really commit to acting, it takes time. And for the first time in my life, I’m truly committed.