From Munich to Sydney: Advice for Actors Making a Global Move 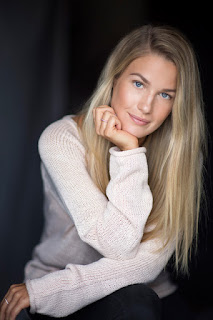 I’m from Munich, Germany. And you could say things were going well for me there. I was in my first year of acting school, had an agent, and had already made a few guest appearances on TV. I had a producer I was writing music with, and had opened for a huge concert in Romania, live-streamed on international television. Everything seemed to be on a great path. And then, I met a boy. 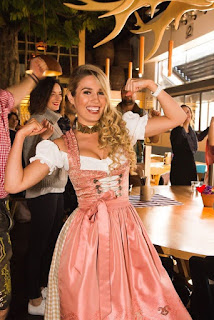 Not so much of a boy really, a man-- from Australia, who was living in Munich for a year. And badabingbadaboom, six months later I was on a plane and had moved to Sydney, Australia, a place I had never been before, for a guy I had known less than seven months. He had offered to stay with me in Germany if I preferred, but well...Australia...it sounded pretty exciting to me. And to be honest, the path I was on wasn't that great. My acting school sucked, my producer was preoccupied with his growing family, and Munich isn’t exactly the height of the screen industry-- unless your thing is becoming a soap opera lifer. So, Australia. I quit acting school, ended things with my producer, cleared out my childhood bedroom and hopped on a 25 hour flight. I cried. A lot. Spoiler alert – it all worked out in the end. But there were a lot of bumps along the way and I’ve made a little list of things to keep in mind for actors who are thinking of moving to a new place. Well, to be quite frank, I made it for myself, hoping that I will actually remember some of it for next time. There will be a next time-- don’t want things to get too easy ;)

To be fair, I was 20 years old, had never had to pay for rent, let alone buy toilet paper and hadn’t really nailed this whole being an adult thing yet (I still haven’t, but at least I’m way better at pretending I have). So I was scared. And because I was scared I said no to things before they could become an issue – or an opportunity. I found the most bizarre excuses not to take that phone call, not to audition for that role, not to do that interview because – What if I can’t understand them (I was still struggling with that aussie accent) or even worse – what if they made fun of my accent? What if it overlaps with something else that I applied for? What if I don’t have anything interesting to tell them? Plus, I couldn’t do anything that was unpaid, because I was too good for that, right? Well, newsflash. It will all work out. Somehow. And chances are, you won’t exactly be swamped with gigs when you first arrive somewhere, so yes, you do have time to do that unpaid shoot if it gives you good footage and lets you meet new people. Don’t stress about it before it’s even begun. Say yes to each and every opportunity that is presented to you and to be realistic – most of them won’t work out anyway. But at least you tried, made new connections and hopefully you’ll still be left with some of them who do work out. And if two things ever do overlap – go with the one that’s more fun…or the one that pays more. See, easy.

I was lucky enough to not have a very strong German accent to begin with, thanks to watching Gossip Girl, but still, when I met with agents they all said the same thing – we can submit you for non speaking commercials. That’s it. And I thought, what a bunch of crap, I’m broke, I don’t have enough money to take accent classes. There must be roles for people with a different accent. I mean… I could be a backpacker? Or a Bond Girl?! And maybe it’s not as big of an issue in the States, but it is a huge deal in most places and it’s always going to be very limiting. So be smart and go learn that accent before you move to a new place. It will save you a lot of time once you get there. If you’re committed it won’t even take that long and it’s definitely worth the money. Because let me tell you – I’ve been in Australia for almost four years and not once have I auditioned for a German role. 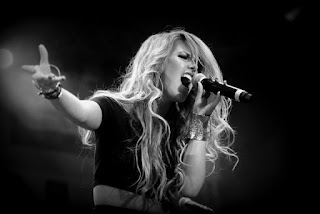 Well this one is not exactly news and to be honest it’s the one that I’m still struggling with the most. Because who wants to be that person who annoyingly self promotes themselves everywhere they go? But, I have found a few ways to hopefully give me a bit of structure for when I start all over again. Step 1: make actor friends. Making friends is actually a lot harder once you’re out of high school, something I would have never ever expected. The best way for me was doing acting classes and community theatre. Hanging out with the same bunch of people for weeks on end, you’re bound to find one or two good people in there. Step 2: Find people who have experience and ask them what other courses they do? What acting facebook groups are they in? What acting blogs do they read? Are there any special workshops coming up you should know about? And most importantly – which casting agents do acting courses? I don’t know if this will be the same in every city but in Sydney there’s a bunch of casting agents and even directors who regularly hold workshops and courses. Step 3: Do courses with every single casting agent/director you can find out about (or that you can afford). This not only gives you a great opportunity to hone your skills but also introduces you to the people who have the power to get you into the audition room. Step 4: If you’re lucky (and you also must be reasonably talented of course) they won’t just remember you and bring you in for castings but they might also put a good word in for you with a good acting agent. One of the top 10 agents in Sydney met up with me after a recommendation from someone in the industry without having even looked at my footage. Which then unfortunately turned out to be an issue because I still had a funny accent (see point number 2) and he couldn’t represent me. But still I never would have gotten that interview if it hadn’t been for that recommendation. 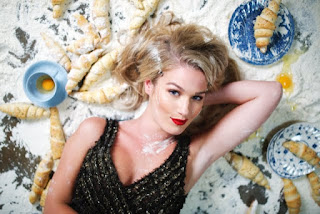 So that’s my little list. I swear to god, I wish I would have known this when I first moved to Sydney. It would have sped up this whole process quite a bit.  But then again, sometimes you need to learn it the hard way, because with everyone throwing different advice at you it’s hard to filter out the crap.