What Eye Surgery Taught Me About My Acting Career 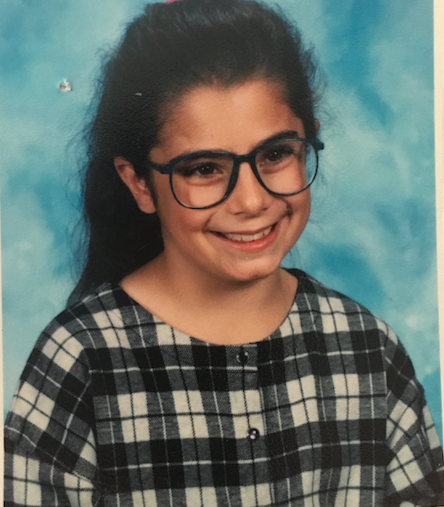 It's 1989. I'm in second grade and I can't see the board. It's time to get glasses. Glasses aren't cool. Movies are about girls becoming popular by simply putting in contacts and straightening their hair. Did I mention my curly hair? Strike two. Thank God I don't have braces. By the time I get to sixth grade I finally get contacts. Unfortunately, I don't have a straightener. For twenty years, my vision is so bad I can't recognize my mother without contacts or glasses. For all my visually impaired friends, I have a -7.5 and -8.5 contact prescription with astigmatism. For those of you with 20/20 vision, that's bad.

Cut to the present where I achieve a goal I've had for years: 20/20 vision via Lasik surgery. I don't care about the coolness anymore; I really just don't want to be the first to die in a Zombie apocalypse because I lost a contact. "Is that my Mom? Nope, that's a zombie." Dead...ish. 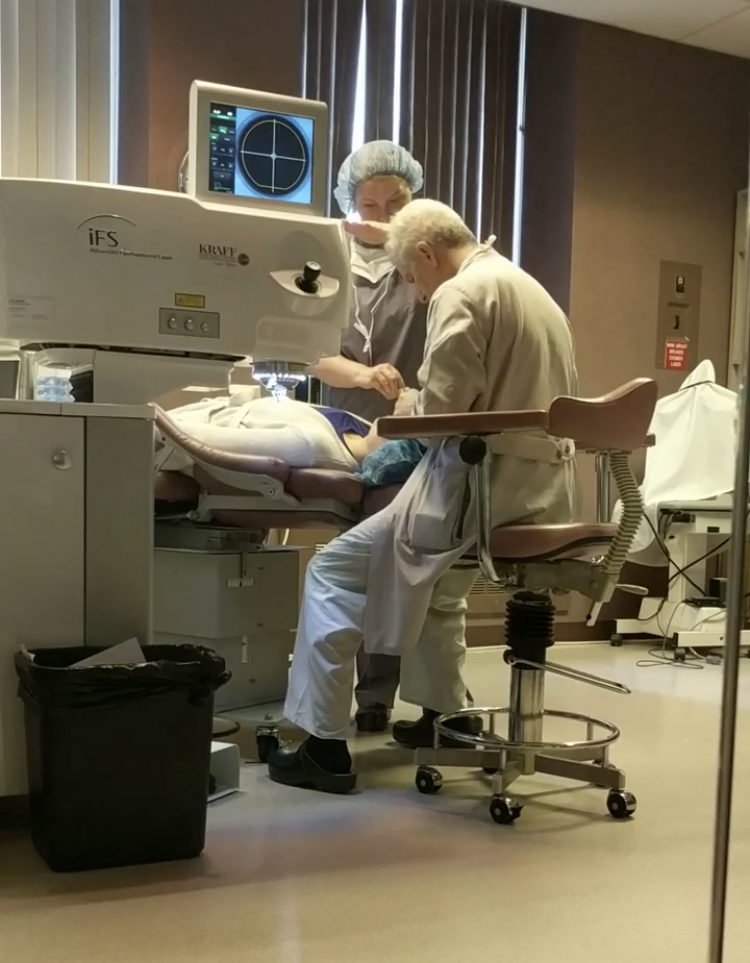 It's the evening of my surgery. The valium has worn off and I'm at home on the couch watching This is Us, and through my tears, I notice the red digital clock on the cable box reads 8:30. I can see the clock on the cable box without glasses or contacts. My surgery took less than five minutes to complete, and like magic, I can see perfectly. Thanks Kraff Eye Institute!

A funny thing happens, though. For almost three months after my Lasik surgery, every night before I go to bed, I think, "I should take my contacts out before I fall asleep." Then I immediately remember I'm not wearing contacts. I don't go so far as to touch my eye to try and take anything out. Still, I habitually keep thinking that thought night after night. I understand why. For more than two-hundred-forty months, I had the thought: "I should take out my contacts before I fall asleep." Now, all of a sudden, I'm supposed to stop thinking the thought just because it wasn't true anymore?

Seven thousand days thinking the same thing created a groove in my brain. It wasn't a harmful thought, and I knew it wasn't true. But it was involuntary. So, I tell my brain, this is no longer necessary to think and it's not helpful. Within three months, the thought stops popping up. And that's a thought without emotional baggage.

Sometimes we have a thought or belief that pops up over and over again about our acting career that is not true and no longer necessary or helpful. Maybe the thought kept you motivated or protected in the past, but it's not longer working (or it never worked in the first place!). Sometimes that thought isn't as harmless as, "I have to take out my contacts." Sometimes that thought causes great pain and blocks us from moving forward with our career.

Here are some habitual, painful thoughts (stories) that might not be working for you, but keep popping up: 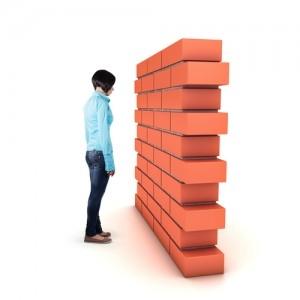 I'm tired (I'll never have the energy that X has).

I'm lonely (I can't find my acting squad, I don't have any friends, no-one likes me, etc.)

I don't do enough (to meet people in my industry, etc.)

I don't have enough time or money (to act and focus on my family, social life, etc.)

I'll never _____ (make money from acting, be loved by casting directors, impact the world in a meaningful way).

Or fill your own thoughts in the blanks.


Most likely, the thought is not true, or the opposite is just as true or truer than the story you're telling. It's the belief that the thought is true. That's what is painful. The thought is untrue.

So let's allow ourselves to stop thinking untrue, painful thoughts, shall we? Here's what it takes to change your habitual, untrue thoughts:


The thought, "I should take out my contacts" doesn't pop into my head anymore. Now when an old, habitual, painful thought about my acting comes into my head, I think, "Is this like the contacts thought? Useless? Untrue?"

Why is it important to change your untrue thoughts? Because-- aside from the fact that they may cause you pain-- over time, they become deeply ingrained beliefs whether or not they're true. Those beliefs shape your career and the life around you.

You are more powerful than you imagine and you are worthy of thoughts and beliefs that shape the career of your dreams! 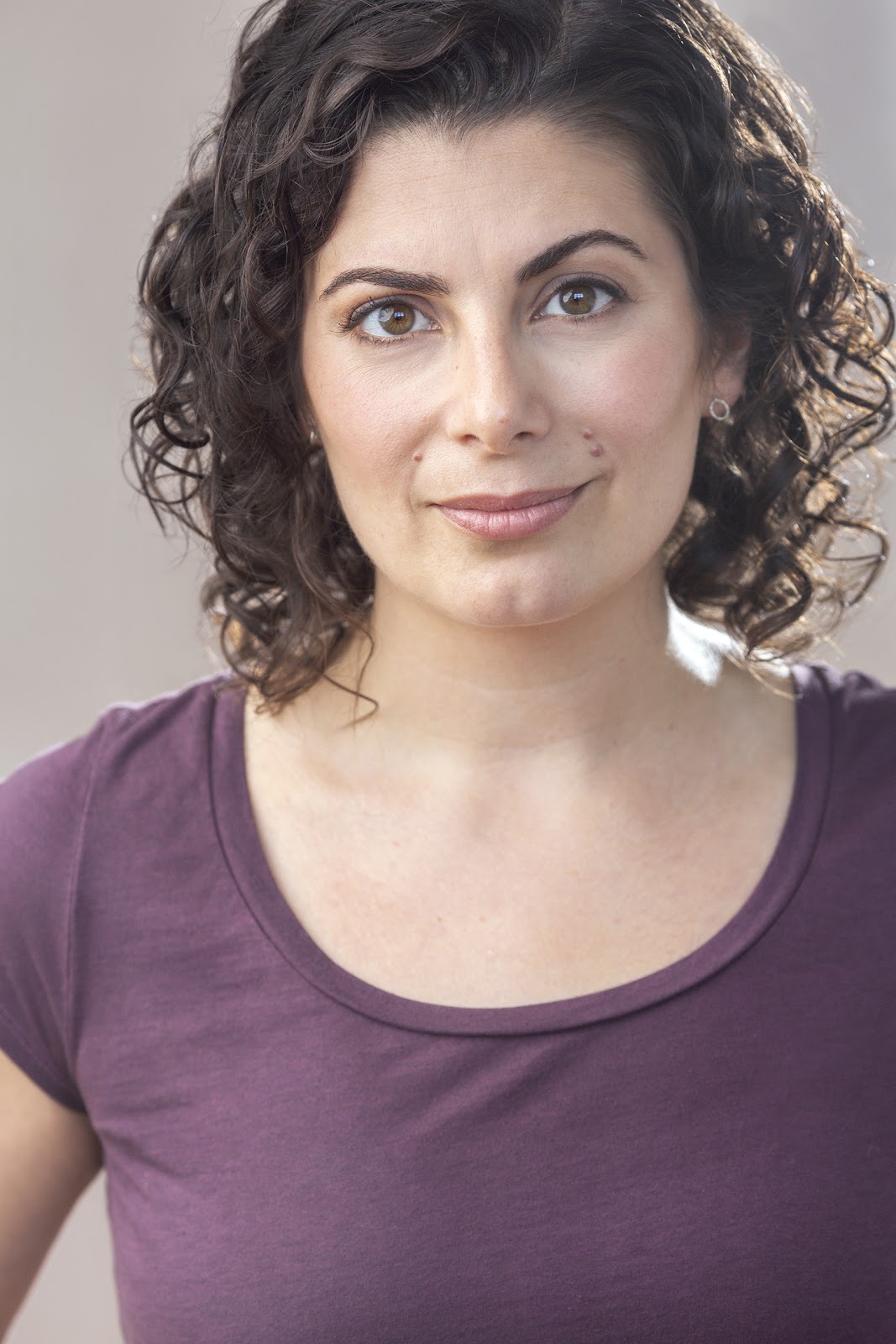 Courtney Rioux is an actor, clarity coach, and writer. She helps artists shift from stuck and unhappy to empowered and joyful. You can catch her on NBC’s Chicago Med as Paramedic Courtney. This was a short excerpt from Courtney’s upcoming book. For updates on Courtney’s book and more, head to CourtneyRioux.com and sign up for VIP updates!