Love and the Actor 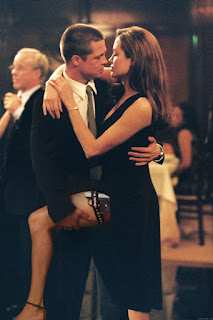 “Don’t you get jealous?,” is often the first question people ask my boyfriend, when he says that I am an actor. And the answer is yes, he does. There is something strange about the blurred lines of intimacy that our job brings with it and yet, it is just that - a job.

When I first started out, a more experienced colleague gave me an important piece of advice: if you really fancy an actor you’re working with, wait until the production is over. At first I thought she meant that mixing work and love (or sex..) is not a great idea but it’s more complex than that.  On my first professional gig, I fell hard for my co-star. We played a romantic couple, with intense, passionate scenes and spent every day together - on and off set. We were both in (failing) relationships and when he needed a room after his break up, after our work was done, I offered him one at my house. I was sure we were going to end up together. Instead, without the lines written by a brilliant writer, we had nothing of great depth to say to each other. All our chemistry was gone - it had only existed inside the bubble of our work.

The other fact is that a romantic scene, or even a sex scene for that matter, isn’t necessarily as seductive as one thinks. There are at least a dozen people around watching your every move, you’re more often than not cold, and it is very, very rare that you are put together with someone who you’d really like to kiss or date. Sometimes it does happen and then yes, it is great (I am still human), but still not like in the real world.

The more complicated part of dating an actor is the lack of consistency. Every day is different. I hate Friday afternoons for example because I know until Monday morning nothing can happen - no phone call might change my (professional) life. As much as I love to travel it is impossible to plan far ahead for me. I enjoy making the plan, but an uncountable amount of times I had to change my flight, cancel a trip etc. -- and the thing is I do it happily. Imagine planning an amazing trip with your loved one and the moment that work comes up, they gladly cancel it. And not only for the lead in a Steven Spielberg film (I’d miss my best friend’s wedding), but even just to say two lines playing the waitress. So, I am flexible and incredibly inflexible at once. Spontaneity is a quality you must possess as an actor and as a person dating an actor.

I also have to admit I have never actually dated anyone who wasn’t at least somewhat in the industry. My best friends are doctors and teachers but I don’t happen to have crossed over romantically. I don’t know why.

One can get caught up in the inconstancy that the job brings, the ever changing people and environments, but the truth is, that film sets are like very close-knit families that immediately fall apart after the shoot is over and with rare exceptions these people will never become part of your real life. So, always stay in touch with the people who love you in your old pyjamas.

And actors dating actors? Well, for me it was horrible. It was like we were trying to outperform each other. One ex (actor) of mine constantly wanted to turn me into his audience and he was only happy when it was him “advising” me but as soon as I got any job that he would have liked, he got bitter. While I do know of other actor couples who are more benevolent towards each other, I would still never advise an actor to date another actor. Directors, Writers, Editors and Composers are a much better fit ;)

Don’t shit where you eat is a good motto to date by. For Actors and Lawyers.